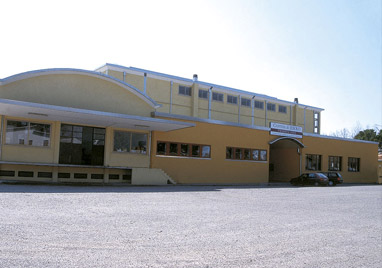 The winery was created because of the crises that occurred in the trade of grapes, due to the placement of the raw material with the direct wine production and the natural conservation difficulties.
The birth of the winery increased the benefits from the intensive cultivation overcoming the difficulties due to the limited technical capabilities and the lack of available money for small and medium owners.
Since the first year the winery obteined very good results, demonstrating that the new institution was able to achieve important technical and economic objectives.
The Winery created an atmosphere of euphoria and enthusiasm that made rapidly increase the number of members and the quantity of collected grapes.

In the early years most of the wine produced by the Jesolo Winery was made from Raboso Rosso with intensive colour, half cut, greatly appreciated by the Italian wine trade of the North Italy.
The Winery produced also Merlot and Cabernet, although in smaller quantities, of good alcohol and quickly ready to be used.
The white wines from quality grapes like Pinot, Tocai, Riesling and Sauvignon, whose vineyards were mainly located in the sands of the coast, were generally excellent fine wines.
With the years the activities of the winery was consolidated, encouraging the renewal of old vineyard equipment and preparing considerable masses of white and red wines for bottling on their own, direct to consumer and wholesale.

In the early 90's the Winery, aware of a new process of changing of the conumers' behavior and of a new winery reality, improved facilities, new techniques and stratgies to achieve economies of scale based on its own production capacity.
The objective was not much in terms of large production units but in terms of the realization of a single management for most existing units.
It starts the project Producers Wineries of the Veneto Orientale (Eastern Veneto) under the great direction of Prof. Corrado Giacomini President and Chief Winemaker Franco Passador, a well-matched couple of manager that helped to enhance the value of the business.
The economic and legal experience of the President, helped to overcome difficulties and local divisions.